LYRIC O' THE DAY:
She doesn't have anything you want to steal.
Well, nothing you can touch.
--Pretty in Pink, The Psychedelic Furs 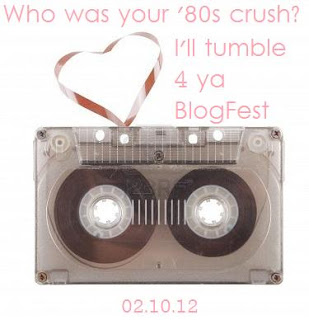 Greeting from the 80s.  Please feel free to unearth your fluorescent green leggings from the closet, wear a rat tail in your hair, and say Valley Girl phrases, even if you live in the Midwest.  This blogfest gave me the opportunity to evaluate the poor fashion decisions I made in the 80s--as well as to revisit my adolescent hormonal urges.


In the 80s, I stopped being interested in cartoons and started noticing the three dimensional boys on the boob tube.  Okay, I'll admit, I still occasionally watched Thundarr the Barbarian--have you seen that man's thighs?


As I flicked through pictures of my former crushes, the memories were so poignant I could taste the Bonne Bell Dr. Pepper Lipsmacker.  The smell of Christian Dior's Poison filled the air, reminding me of High School Speech Meets, wearing all black, and using a decapitated Barbie as a Voodoo doll to jinx my best friend's only competition for Dramatic Prose reading.  Voodoo Jarenda, I owe you one.


But back to the boys of when I still had summers off.


Who was the first to stroke my fancy?  Who forever made me partial to tight jeans and fast cars? 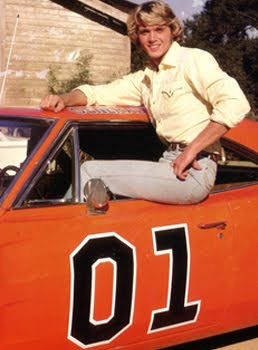 Ah, Bo Duke.  You may have been dumber than a box of rocks, but archery skills + orange Charger + floppy blonde hair = adolescent hormone lift off.


My next crush was a soap opera star that was candy for the eyes--and the ears.  The summer of 1982 I was glued to the TV to watch Dr. Noah Drake (aka Rick Springfield) on General Hospital break hearts as easily as he healed them. 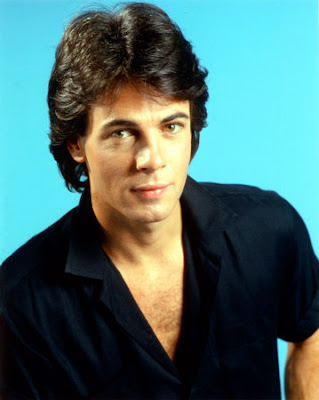 As I got older--and was able to stay up later to watch nighttime dramas--I found a new lust in the form of the bad boy.   Falcon Crest was a drama that involved a winery and the evil scheming of Jane Wyman.  My first taste of the playboy and his charms came from Lorenzo Lamas as Lance Cumson (not joking with that name).  I'm not sure what the plot was, but he spent a lot of time in the family pool. 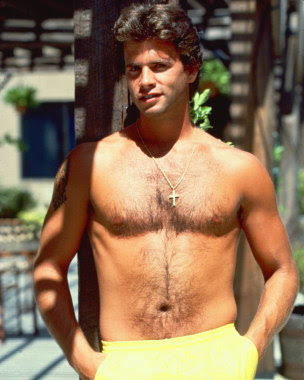 I still love a man with hair on his chest and a good tan.
Through the 80s I had some short lived flings with others, but one man has stood the test of time, embodying the 80s for me forever.  From his be-bopping bicycle babe turns badass role in Tuff Turf to the quintessential John Hughes high school nemesis to a sadistic but sensitive boss in Secretary, this guy stole my heart with his evil charm and kept it with dry wit and that slow-eyed smolder. 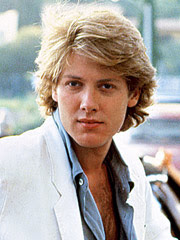 
So that's it, the guys that primed my hormonal pump just in time for college.  And now, I'm going to watch The Lost Boys while wearing my acid washed Pepe jean jacket.  Did anyone see where I put my crimping iron?
Posted by julie fedderson at 5:54 PM