I was promised this would involve a mortal sin, nudity and legal problems. It may be even better than all that.

As some of you may know I have this amazing crit partner named Jennifer Armentrout.  Not only is Jennifer the proud author of the kick-ass Half-Blood series coming out in October 2012 with Spencer Hill Press, but today she has another awesome announcement--Spencer Hill will be releasing another one of her works!
If you like YA, Jen should be on your reading list.  She's got strong female characters, smokin' hot tortured love interests, and a new twist on mythology in Half-Blood.  And if you like a story about possibilities when things seem impossible--mixed with zombie hamsters--you'll love Cursed.  Here's a little taste of what you can expect when it is released in 2012.

Ember operates on a no-touch policy with all living things--including boys. When Hayden Cromwell shows up, quoting Oscar Wilde and claiming her curse is a gift, she thinks he’s a crazed cutie. But when he tells her he can help control it, she’s more than interested. There’s just one catch: Ember has to trust Hayden's adopted father, a man she's sure has sinister reasons for collecting children whose abilities even weird her out. However, she’s willing to do anything to hold her sister's hand again. And hell, she'd also like to be able to kiss Hayden. Who wouldn't?

But when Ember learns the accident that turned her into a freak may not've been an accident at all, she’s not sure who to trust. Someone wanted her dead, and the closer she gets to the truth, the closer she is to losing not only her heart, but her life. For real this time. 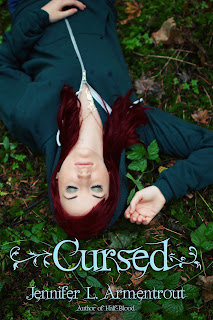 2012 is going to be a very good year.  Assuming the world doesn't end, of course.  But if you got to go, what better way to do it than with great fiction?  Congratulations, Jennifer!  But beware the zombie hamsters. 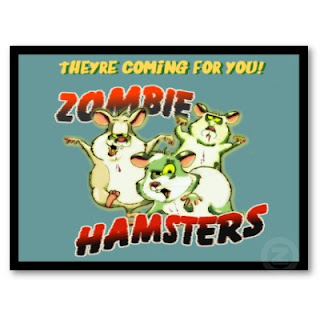 Posted by julie fedderson at 8:09 AM