Halloween: Behind the Mask

She’s got a date at midnight, with Nosferatu.
Oh baby, Lily Munster, ain’t got nothing on you.
--Black No. 1, Type O Negative
Halloween is probably my favorite holiday.  I’m a fan of horror movies, outrageous costumes, sinister decor, and black cats.  In the eyes of some groups, this means I am headed for Hell. 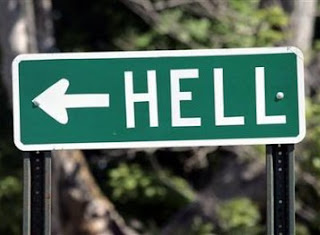 Thankfully, I won’t be alone--Americans spend six billion dollars on this holiday every year.  But is Halloween really a Satanic holiday?  Anton LaVey, the founder of the Church of Satan, did declare Halloween as a holiday to be celebrated by Satanists.  But Halloween had its roots established long before LaVey staked his claim in 1969. 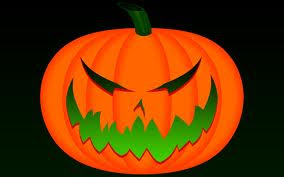 Halloween has been traditionally linked to the Celtic festival of Samhain.  October 31st represented the Celtic version of New Year’s Eve. The word “samhain” is thought to mean “season’s end.”  It was the time of year that marked the transition from the fertile summer to the barren winter--the period when the abundance of harvest could soon be replaced by the threat of starvation.  It was a time when life and death were thinly separated.
The Celts thought spirits of the dead could walk free on the Samhain, mingling with the living.  Celtic priests believed it was the best time to communicate with lost ancestors and to divine the future.
The Celts protected themselves from harm by wearing masks to frighten away more malicious spirits.  They would wear the skins of animals and offer gifts of food to the spirits to keep them happy.  Another tradition included extinguishing all the fires in their villages except for a roaring bonfire at the Samhain festival, in which they burned demon effigies and animal sacrifices to appease the gods.  At the end of the festival, each participant would re-light their home hearth with an ember of the sacred bonfire to ensure success in the new year.  It’s claimed they carried these embers in a carved gourd or turnip.  The carvings were meant to scare away evil spirits as the Celts returned home in the dark.
Bettin Arnold, a professor at the University of Wisconsin in the Center for Celtic Studies, confirms the traditions of costuming and treat exchange.  She says male Celtic youth often masqueraded as evil spirits during Samhain, demanding food in exchange for good behavior.  They also occasionally performed pranks and dressed as women, which may be the first recorded existence of drag queens.

By 43 A.D., the Celtic territory had been conquered by the Roman Empire.  The Romans incorporated Samhain traditions with the Lemuria, the Parentalia, and the Feralia, Roman ceremonies involving the rites of the dead.  Another fusion occurred with autumn harvest festivals and the Roman worship of Pomona, the goddess of fruit and trees.  Pomona’s festival was a celebration of fertility and procreation, and often young women received prophesies about their future husbands during the festivities.  Pomona’s symbol was an apple, and bobbing for apples was initially a divination activity to determine who would marry first.  Sleeping with the apple under a pillow was thought to bring dreams of a future mate.  This apple link is also sometimes given the credit for the association of the pentagram with pagan belief--if you cut an apple at its equator, it forms a familiar shape. 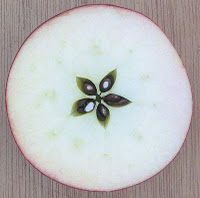 By the 700s A.D., Christianity was booming.  Pagan holidays were slowly being assimilated into the new rising beliefs.  Pope Gregory III did some strategic rebranding by renaming an existing holiday based on the consecration of the Roman Pantheon.  He created All Saints Day, a.k.a. All Hallows Day, to commemorate those who attained the vision of Heaven, thereby honoring all saints and martyrs.  The Pope then rescheduled the holiday for November first.  Samhain the pagan holiday became All Hallows Evening.  Just a few portmanteaus later came Hallows E’ening---then Hallowe’en---and finally, Halloween.
Many of the pagan traditions continued, albeit in different ways.  For instance, during the holiday, the poor would go to the doors of the rich, asking for food and drink in return for prayers for dead saints.  These were called “threshold encounters,” and could be considered a form of trick or treating.

In colonial New England, the visibility of Halloween diminished due to Protestant influence.  But as different ethnic cultures immigrated to America, a distinct American Halloween tradition was born that was less about spirits and more about social connection.  Festivals celebrating community and the harvest were common, and often included fortune telling, dancing, and stories told around a bonfire.  Halloween also was one of the biggest singles nights in colonial history.  Women thought sugary confections induced dreams of their future husbands.  Throwing acorns representing suitors in a fire on Halloween night also served a similar purpose--the acorn surviving the flame was the lucky guy.  Finally, some Halloween parties involved throwing apple peels on the floor to create the initials of the future Mr. Right.  Fun times. 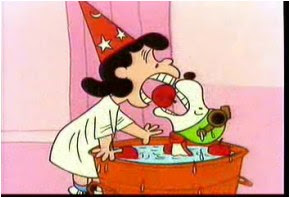 To think of all the money wasted on match.com when all you need is a Granny Smith.
The mid 1800s marked Halloween’s emergence as an official holiday.  This is partly due to the mass influx of Irish immigrants during the potato famine.  They brought with them Celtic traditions and also repurposed the colonial pumpkin.


The Irish Halloween myth of Stingy Jack is about a vile drunkard who met the devil and trapped him in a tree.  In exchange for the Devil’s promise to never take his soul to Hell, Jack let old red and horny go.  Unfortunately, when Jack did die, God didn’t want his soul.  Jack moseyed to Hell, but the Devil kept his promise, forcing Jack to roam the earth as a spirit forever.  As Jack left the gates of the damned, the Devil tossed him a chunk of hellfire which Jack put in a turnip to light his way in the darkness.
The Irish burned candles in turnips to keep Jack--and any other spirits roaming in purgatory--at bay.  Pumpkins were plentiful in America and soon replaced turnips as the preferred medium for Jack O’Lanterns.  Because have you ever tried to carve a turnip?
Over the years, Americans have continued to make Halloween a more “family friendly” -- i.e. commercial -- holiday.  During the post WWI years, less emphasis was placed on the superstitions and religious overtones and instead focused on the merriment and mischief of the holiday.  Trick or treating was revived as a way to have an inexpensive community celebration for children.   Hallmark issued the first Halloween cards in the 1920s.  Haunted houses sprang up, likely influenced by the handed down musings of colonial and immigrant storytellers.  They took inspiration from classical myths, folklore and literature like Mary Shelley's Frankenstein, published in 1818.  The first horror films started around 1920, with 1922's Nosferatu as the most recognized.


Part of the appeal of Halloween is the chance to be frightened.  Some humans enjoy being scared--and not just after the threat is removed.  A study in the Journal of Consumer Research suggested that when fearful stimuli is presented in a controlled environment and with psychologic detachment, positive feelings can actually accompany fearfulness. 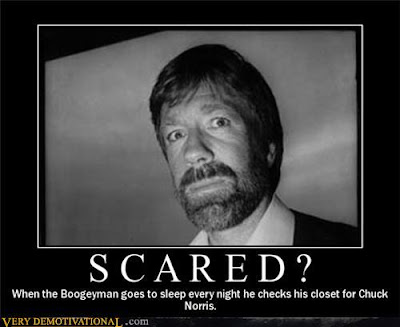 Unfortunately, as with everything in our world these days, real threats do haunt modern Halloween.  Most true Halloween horrors tend to be related to those who use the holiday as a convenient cover for misdeeds.  One popular Halloween urban legend is the tainted candy story.  Professor of Sociology Joel Best investigated this legend, reviewing 78 cases of alleged Halloween candy poisoning.  He could find no substantiated reports of children injured by randomly given tainted candy.  Most of the cases involved those using the myth for their own evil agenda.  One of the most horrendous crimes was that of Ronald O’Bryan, who killed his 8 year old son with a lethal dose of cyanide in a Pixy Stick and then claimed the candy was tainted.  He did it for the insurance money, and was later executed in 1984.
The ritual mutilation of black cats is also a sick and sad Halloween urban legend.  According to Celtic belief, black cats could hold a reincarnated soul.  They were occasionally used in animal sacrifice for that reason.  Black cats weren’t associated with evil until the Middle Ages, when they became the witch’s familiar.  Sadly, there are documented acts of animal violence on Halloween, but most reports reveal they are perpetrated by mentally disturbed people looking to frighten others,  and not by ritualistic cults.  Some animal adoption agencies still tighten their adoption policies during the season.
The commercial cleavage-baring Halloween conglomerate of the 21st century is a far cry from what the ancients probably imagined as a harvest festival.  However, I feel like the underlying thread may still be there underneath the layer of fake blood and boobs:

Let’s commune with our neighbors, exorcise our fear of the strange and unknown, and create a celebration of the cycle of life.


Happy Halloween, everyone!
I hope you like this Sunday series on myths and folklore.  If there is any subject you’d like me to investigate the origins and myths behind, please leave it in the comments and I will address it in a future Sunday mythbusters!
Posted by julie fedderson at 4:29 AM